Would you like to switch to the accessible version of this site?

Don't need the accessible version of this site?

Dr. Scott Hunter is a native to Stark county and a 1984 graduate of Perry High School. He studied wildlife management and hotel administration during undergrad at The Ohio State University and graduated from The Ohio State University College of Veterinary Medicine in 1992. After eight years in Columbus, he returned to Northeast Ohio to practice at North Ridge Veterinary Hospital located in Madison in Lake county. In the Spring of 2000, Dr. Hunter started his career at the North Canton Veterinary Clinic. After serving as an associate, he purchased the practice in July, 2001 and moved to the current location in June, 2009.

Dr. Hunter is married to Melissa, also a Perry High school graduate and currently a teacher at Walker Elementary in the Canton Local School District. When not at the practice, you might find him doing a handyman project, going for a hike, or riding his mountain bike. While at home, Buckeye and Poppy, his dogs keep him pretty busy as well. 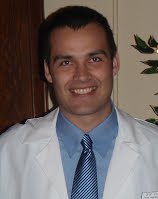 Dr. Brian Allerding grew up in Loudonville, Ohio and is a 2002 graduate of Loudonville High School. He first found his way to Stark County for his undergraduate studies at Malone University, where he studied biology and chemistry. In 2011, Dr. Allerding graduated from The Ohio State University College of Veterinary Medicine and has returned to Stark County to join Dr. Hunter and the staff at the North Canton Veterinary Clinic. He looks forward to providing quality pet care to the residents of Stark County.

Dr. Allerding is married to Abbey, a North Canton native, who has since retired as the varsity girls basketball coach at Hoover High School. Besides watching high school basketball, Dr. Allerding also enjoys working on his parents’ farm in Loudonville, woodworking, and spending time with his nieces and nephews. The couple are proud parents of twin boys and a little girl. 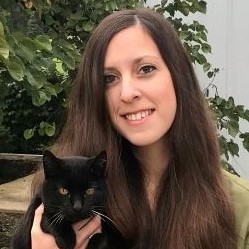 Dr. Cecelia Staley grew up in North Canton, Ohio and graduated from Hoover High School in 2009. She continued her education at Otterbein University, graduating with a degree in Pre-Veterinary Medicine in 2013 and then finished her graduate studies at The Ohio State University College of Veterinary Medicine. Dr. Staley began her professional journey at Metropolitan Veterinary Hospital in Copley, OH. She then joined us here at NCVC in October 2018. She is eager to meet our clients and patients, while providing excellent medical care and knowledge.

Dr. Staley is married to Kiefer, who is a Biology teacher at Hoover High School and coach of the Freshman Boys Basketball team. The two currently have two horses, three dogs, and four cats. Her hobbies include hiking, horseback riding, knitting, and reading.

Find Us On The Map